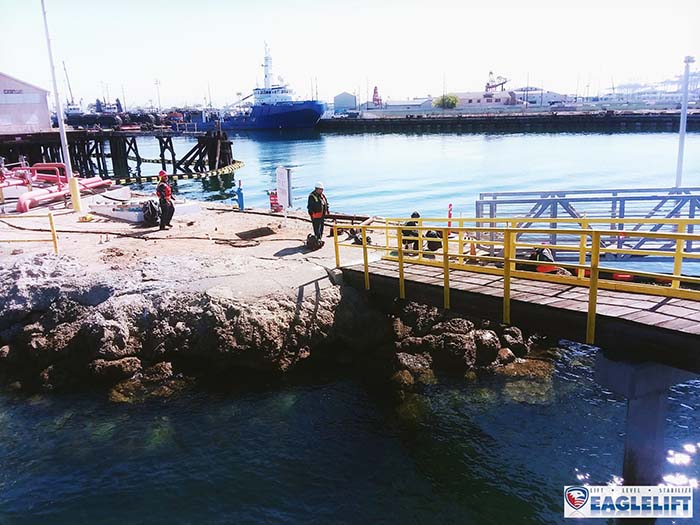 Seawalls can be compromised in a variety of ways, but the most frequent issue stems from the loss of supporting soils located behind the structure. Base soils are highly susceptible to being washed out by continuous water movement. As a result, voids begin to develop below the surface of the seawall and can lead to further problems such as sinkholes or settlement of the soils.

EagleLIFT’s seawall repair and rehabilitation services are a fast and cost-effective solution for avoiding seawall replacement or bulkhead replacement.  Seawalls can be compromised in a variety of ways, but one of the most frequent issues is the loss of support soils from behind the seawall or bulkhead.  When base soils are washed out by continuous water movement, voids begin to develop below the seawall and can lead to further problems, such as sinkholes or settlement of the soils along the seawall.

EagleLIFTs’ polymer injection seawall repair process solves the issue of soil loss and soil settlement from behind a seawall or bulkhead.  EagleLIFT repairs this problem by injecting a high-density structural polymer directly into the void area through 1/2 inch metal rods without excavating the soil or damaging the seawall or bulkhead. Once injected, the polymers aggressively seek out the voids and push out any present water.  The polymer expands throughout the voids and reestablishes the weight-bearing capacity of the soil while preventing future washout. Additionally, if any structures have settled along the seawall, it is possible for the structure to be lifted and leveled back to the original grade.

Our process is compatible with all types of materials and designs including wooden bulkheads, metal bulkheads, concrete bulkheads, wooden seawalls, concrete seawalls, and metal seawalls. EagleLIFT has been trusted to execute seawall infrastructure repair on some of the busiest ports in the United States such as The Port of Los Angeles, The Port of Seattle, and for the City of Avalon on Catalina Island. Each project was executed with extreme precision and yielded highly successful results. 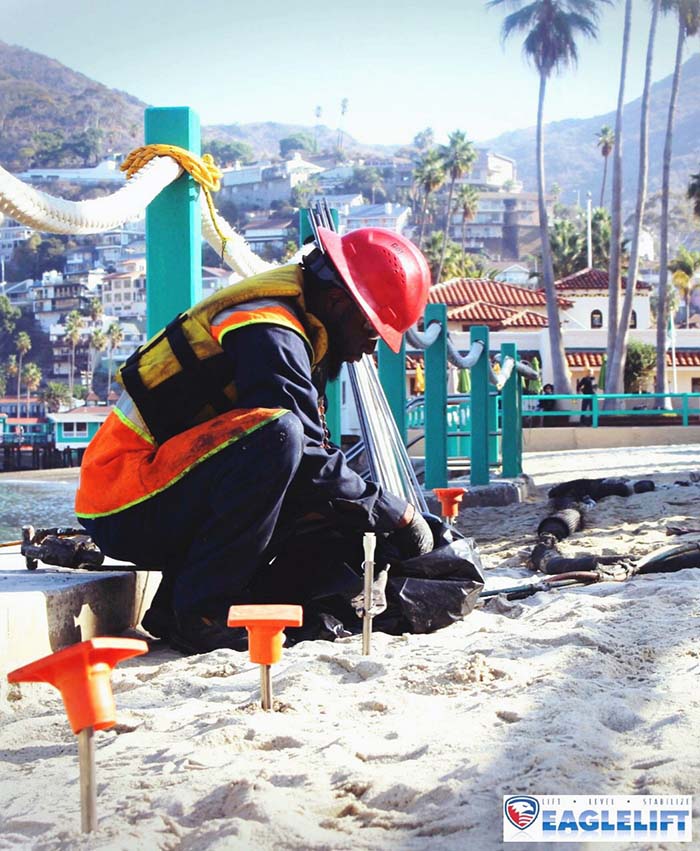 EagleLIFT’s superior methods and technologies can be applied to various seawall foundation repair applications including: