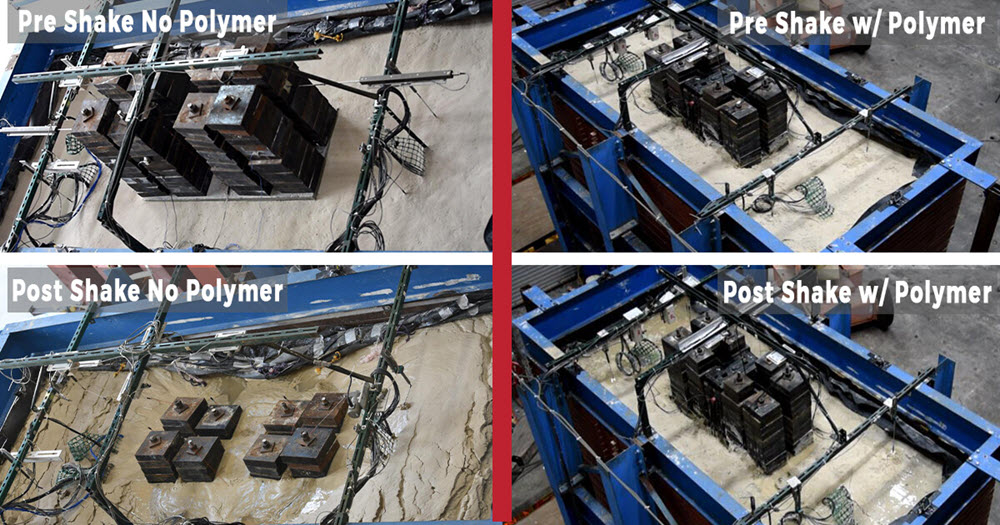 A collaborative research project by EagleLIFT & UC San Diego was presented at the World Conference on Earthquake Engineering Conference in Japan 2020. Learn More!

In September, we were proud to have a research project that we collaborated with the University of California, San Diego (UCSD), presented at the World Conference on Earthquake Engineering (WCEE). The project abstract, titled, "Polymer Injection and Associated Site Liquefaction Remediation Mechanisms," was based on the results from a pilot study performed at UCSD to assess the potential of the EagleLIFT polyurethane soil stabilization solution as a liquefaction countermeasure.

The conference was WCEE's 17th annual event, and it featured some of the foremost experts on earthquake engineering in one of Japan's most innovative regions. WCEE serves as a conduit for international collaboration for innovative design and best practices to mitigate earthquake-related damage.  One of the key topics in this year's conference was the "effects of long-term ground motion," including liquefaction of soils.

"In 2019, we approached UCSD to test our polyurethane injection technique for remediating liquefiable soils," stated Cliff Frazao, COO of EagleLIFT. "After over two decades of stabilizing soils, we've noticed a significant reduction of movement of saturated soils and minimization of present water. We had theorized the potential for mitigating liquefaction, and we wanted to begin testing to get verifiable results. UC, San Diego, was a perfect partner."

UCSD is home to the world's largest outdoor earthquake simulator, which is operated by structural engineers and research faculty.  The simulator provides the earthquake engineering community with a facility that allows the accurate reproduction of severe near-source earthquake ground motions for the seismic testing of considerable structural and soil-foundation-structure interaction (SFSI) systems.

How Does Soil Liquefaction Occur?

Soil liquefaction occurs when a saturated or partially saturated soil substantially loses strength and stiffness in response to an applied stress such as shaking during an earthquake or other sudden change in stress condition, in which material that is ordinarily a solid behaves like a liquid. The liquid-like behavior can lead to sudden soil flows resulting in loss of building support, landslides, and extensive structural damage.